EUNIC is a European network of national cultural institutions with 36 members from all EU countries. EUNIC members work in the fields of culture, art, language, youth development, education, science, society, and multicultural dialogue and development.

At a local level, EUNIC members connect in more than 100 clusters – in towns, regions, and nationwide – to work together on projects and programmes and to support the role of culture in internal and external relationships in the EU.

The statement issued by the European Union National Institutes for Culture (EUNIC) highlights the contributions cultural relations can bring to a post-crisis global society and their value for a friendly and peaceful foreign policy. EUNIC members call on all actors to put cultural relations at the core of our efforts to combat the rippling effects of the coronavirus outbreak, to protect culture from budget cuts in the post-crisis financial frameworks and EU budgets for culture to be substantially increased.

The Covid-19 pandemic has had a crushing effect on the work of international cultural relations. Artists and organisations, including EUNIC members, are severely affected by the abrupt discontinuation of their activities, which rely so heavily on people coming together to collaborate across borders. With all EU Member States dedicating a considerable amount of resources to cultural relations (EUNIC members have a combined budget of EUR 2.9 billion in 2019), maintaining world spanning networks of cultural institutes (more than 2,500 branches with more than 35,000 staff), cultural relations have been over decades a prominent tool in foreign policy. At the Online Members Assembly on 4 June 2020, EUNIC members pledged to continue to strengthen European cultural relations.

Roberto Vellano, President of EUNIC, said: “We will emerge from this crisis in a healthy way if we put cultural relations at the heart of our efforts to overcome it. Culture can generate a spirit of dialogue and global solidarity. This is what we call to mind.”

Gitte Zschoch, Director of EUNIC, added that “a joint EU foreign policy which gives adequate weight to cultural relations both in providing structures and finances is needed, and all actors involved – from the European Commission and the European External Action Service to EU Member States – need to work together in a coordinated approach.”

Czech Centers has been a EUNIC member since 2006, the year the network was founded. EUNIC membership helps strengthen the prestige of the Czech Republic in international projects, and enables it to benefit from the exchange of expert knowledge and experience, and from funding from the network.

The Czech Centers headquarters function as a Focal Point – a representative of member organisations in close co-operation on EUNIC activities. It informs local EUNIC members about what's happening in the EUNIC network and is the primary link between a given region/country and the Brussels office of EUNIC global. Focal Point contact.

EUNIC is run from the Brussels office of EUNIC Global and financed by the European Commission and the contributions of its own members. For more information about EUNIC, visit their website. 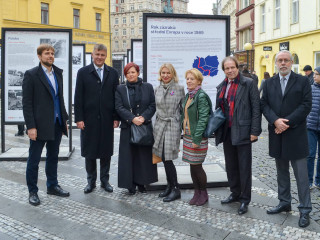 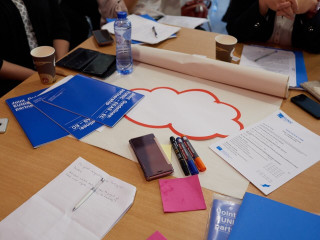 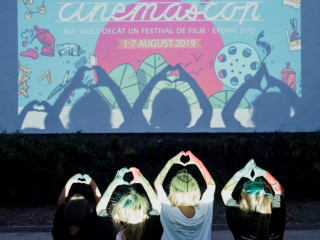 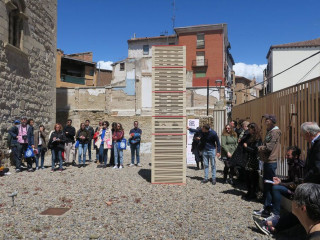 The Role of Czech Centers HQ in EUNIC

Czech Centers HQ plays an important role within the EUNIC network. It acts as a Focal Point for the Czech Republic, and as such can organise international educational workshops, working closely with the Prague cluster, as well as contributing to a range of collaborative projects.

A Cluster Fund is a financial fund contributed to by individual EUNIC members, which finances collaborative projects of individual clusters every year. In the year 2020, for example, the following projects are being supported:

All the above projects are run in conjunction with local branches of Czech Centers.

European Houses of Culture is an EU-financed project run by EUNIC. The EUNIC Global office manages and carries out the main events of the project, from mapping and preparing invtations to evaluating the project and providing a report to the European Commission.

Webinars are a regular part of the educational package offered by the EUNIC Global office in Brussels to EUNIC members. The themes of the webinars are various – from the functioning of EUNIC and its relationship to the EU through to European programmes to support culture, and sharing experience and best practice among individual EUNIC members.

Job Shadowing is another educational initiative supported by EUNIC. It's a several-day internship for employees of cultural institutions, who have the chance to work in one of the other EUNIC member organisations. Job Shadowing was introduced successfully in 2019 and continues this year.

All directors of international Czech Centers are members of local clusters, often in the position of president. Czech Centers HQ also confers full membership of EUNIC on the offices of representatives and general consulates in places where there are no Czech Centers offices